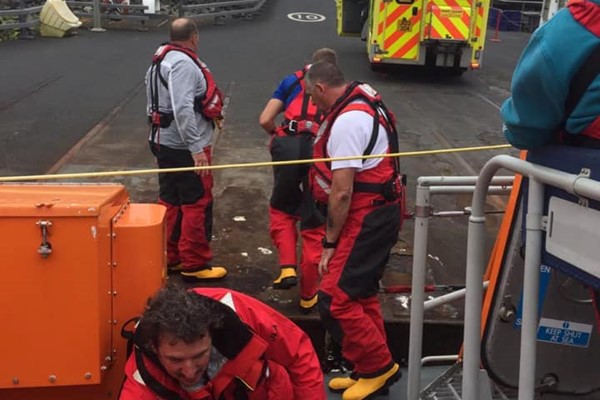 At 14.15 the JLA were tasked with a medical emergency where a crew member of a French yacht had suffered a suspected broken hip, the Rnli inshore boat was first on scene, the casualty was then transferred by the JLA and treated on board Sir Max, he was then transferred to the paramedics on arrival back to Jersey where it was found to be a broken femur.

He is now in the very capable hands of our amazing staff at Jersey A&E.